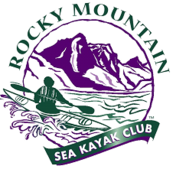 Twenty-six members, including all members of the SC, were present.

President’s Report.  Clark reported that the Douglas County Library is holding a Spring Expo on Colorado outdoor activities, and that RMSKC members will be present to promote sea kayaking.

Secretary’s Report.  George reported that the only nominations for the five open SC positions are:

Upon motion made, seconded, and unanimously approved, these nominees were elected by acclamation.

Membership Coordinator’s Report.  Marlene invited all members to introduce themselves.  She then reported that the RMSKC has approximately eighty members, and that most memberships expire on March 31.  She reminded members that renewal requires first renewing membership in ACA, signing the ACA Liability  Waiver Form, and then completing and mailing in the RMSKC Membership Renewal Form, all as described in the Membership section on the website.

Treasurer’s Report.  Dave reported that Income for 2016 was $1190, and that Expenses were $1162, leaving an account balance of $4284.  Dave stated that the SC is considering how to best use the Club’s funds, and that one idea under consideration is to subsidize part of the cost of skill and safety instruction classes.

Publications Editor’s Report.  Sue requested that members send her reports of their kayak trips, with pictures and captions for inclusion in publications.

Webmaster’s Report.  Bernie reported that the website is up and running.

Onshore Coordinator’s Report.  Tim reported that PaddleFest is scheduled for June 24 at Chatfield Reservoir.  Possible activities were discussed, but the biggest interest seemed to be in socializing.  Tim also reminded members of the pool practices at George Myers Pool.

Safety and Instruction Coordinator’s Report.  Brian also mentioned the pool practices, and suggested that rescue practice sessions can be arranged for specific trips.  Brian also said that he intends to offer another camping class this summer, and mentioned that he thinks that some beginner skill level classes may be appropriate.  There was also a suggestion for another GPS class.

Paddle Coordinator’s Report.  Jud reviewed the trips that the Club had sponsored during 2016, and mentioned some of the non-sponsored activities.  He awarded Certificates of Survival to participants in the Annette Island, Alaska trip, and awarded a Greatest Participant Certificate to Marsha Dougherty for participating in ten Club paddling events.

Jud described the trips and activities that have already been scheduled or planned for 2017 (see Calendar on the website).  A request was made that a list of kayak related volunteer service opportunities be publicized and posted on the website.

There was discussion about publicizing midweek paddles during the summer at places such as Cherry Creek Reservoir, and also in the northern Colorado area at Lake Macintosh  or another reservoir in that area.  The consensus was to show them on the calendar.

The meeting was adjourned.